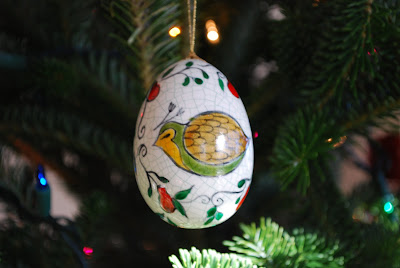 Posted by Leslie at 4:57 PM No comments: 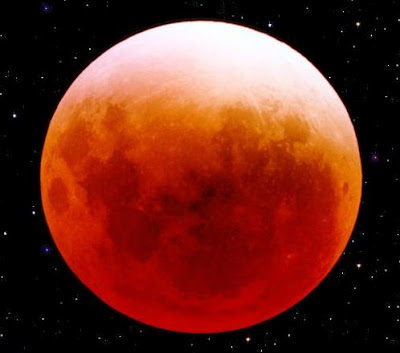 outerspaceuniverce.org
I happened to wake on Tuesday night (Wednesday morning) just at the height of the lunar eclipse, so I padded out onto the front porch to look at the shadowed moon. It was going to have to be one of those "mind's eye" experiences ... I had no tripod setup. I wondered about how such a celestial event would have been read in an earlier time on this night ... the night of least light. "Now you're taking the MOON away too?" But maybe they would have slept through it as I almost did, and not have given it a thought.

This envelope of darkness where we live right now made its turning point last night at 6:38. We are turning toward summer now, slowly ... imperceptibly from snowballs to tomatoes. The light is indoors now, not out. Fireplaces, tree lights, candles in the windows create the man-made glow to hold the darkness at bay.

But sometimes it is good to let the darkness shine. Had I been able to stand the cold, I would have enjoyed a few more moments in the dark night sky with its curious orange orb. If I could have had musical accompianment on my chilly porch on Tuesday night, I would have played this
University of Utah Chorus "Sure On This Shining Night" Morten Lauridsen composer
Posted by Leslie at 7:02 AM 1 comment: