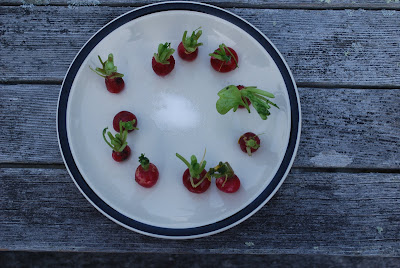 The radishes in my garden seems to have always been bitter. Somehow this year they are my star early summer crop. Perhaps it is variety ... I am using Cherry Belle from Reimer Seeds. Each evening before dinner I pull out 10 or so radishes from the fridge and circle them on a plate. Then I add a little pile of salt in the center. It is a wonderfully refreshing way to transition to the evening. 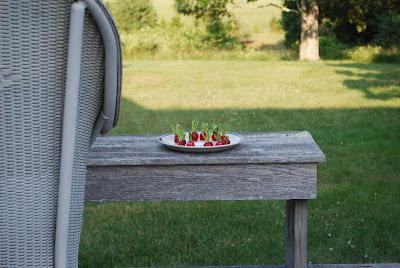 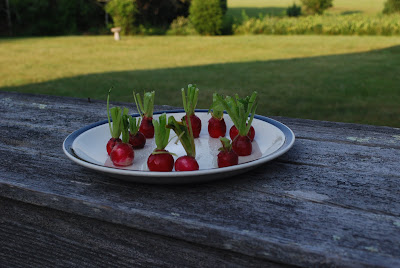 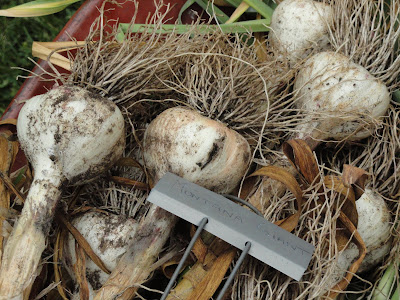 With rain pending on Friday night I decided it was time to get at least half of the garlic in and under cover. Last year travel plans forced me to harvest early, and over te winter I was pleased with the results. I had MUCH less spoilage than in past years. The more green leaves at harvest time, the longer the storage it seems. So instead of waiting for 6 dead leaves (out of 10) I have started harvesting at 4 dead leaves. I might lose a little in head size, but in the end the garlic lasts longer. 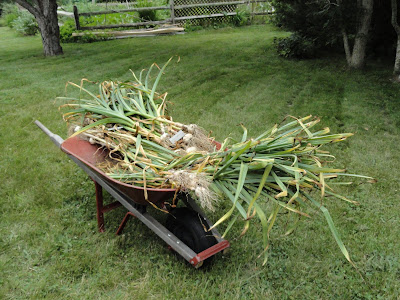 Some of the varieties in this harvest were Music Pink, Montana Giant, Place Monge*, Nurenberg Red*, Pskem, and Romanian Red 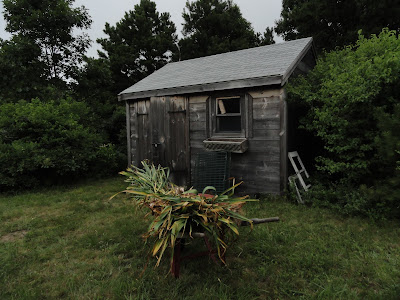 I take them to the garden shed and lay them out by variety on an old screen door setup between two saw horses. I face the heads in opposite directions by variety to avoid confusion. 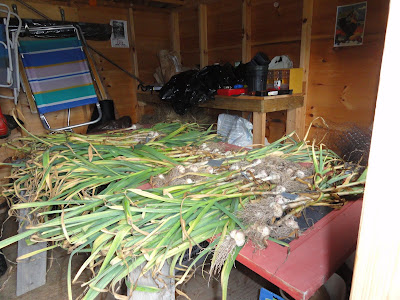 They will live here for about six weeks while they cure. I do not wash my garlic, just brush it roughly with my glove. I will clean the dirt off when I clean them up in late August.

As an added treat to garlic harvest day, I had a midnight show from my Night Blooming Cereus. I had removed these plants from southern sun this spring to make way for vegetable flats and I was not sure I would get the reward of a bloom this season. 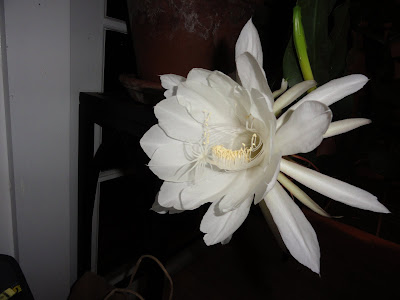 I almost missed it ... only when I awakened at midnight did I remember to check and there she was in all her exotic glory smelling hauntingly intoxicating. 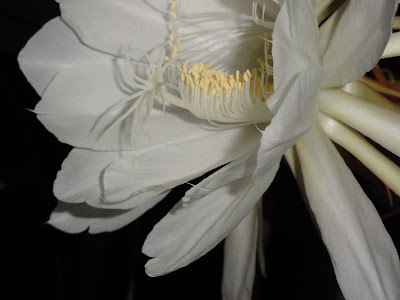 Note : * indicates recent European varieties having hitched a ride in my suitcase
Posted by Leslie at 8:15 AM 2 comments:

From the garden gate

click to enlarge
Lots has changed in two weeks. The squash are filling the bed and the peas are just about spent. Soon the green beans will be producing. 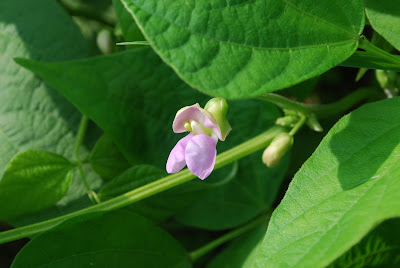 I had given up on my parsnip seeds. They had been interplanted with radishes on the first of June and no sign of them despite constant moisture. THen all of a sudden there they were !!! I remember the first time I planted them, I had no idea what a parsnip seedling looked like and so I was afraid to weed for fear of weeding a parsnip. I would have given anything to have been able to find a picture like the one below. 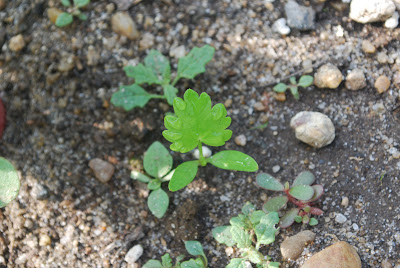 Parsnip seedling
I ate my first artichoke the other day for lunch. It is a delicious vegetable fresh off the plant. I am not sure if I am leaving them on too long or too short of a time. The outer leaves were a tad bitter. They shoot up on stalks from the center of the plant and each stalk produces 3 artichokes. It should be a bumper year. 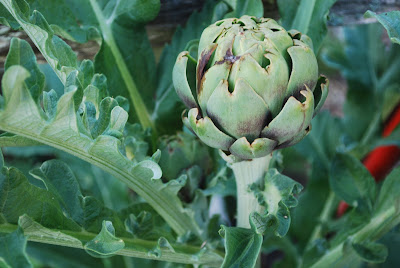 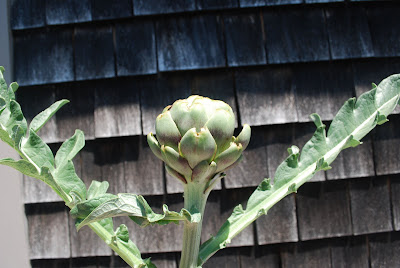