September Resolutions ~ One Bed a Day

In some ways, September is more the start of a New Year than is January. So it is not without logic that I feel a renewed sense of commitment to the garden. 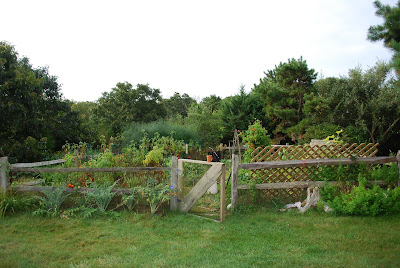 The weeds in my garden got OUT OF CONTROL this summer. But now the weather is cooler and I feel as though I can take this task on. My commitment is one bed a day. 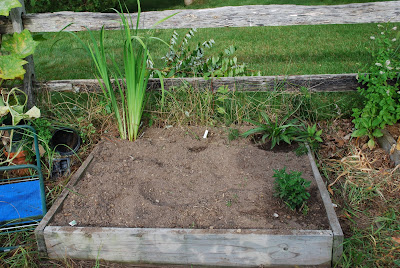 Yesterday I only took an AFTER picture of my pitiful shallot bed. So this morning I wised up and took a 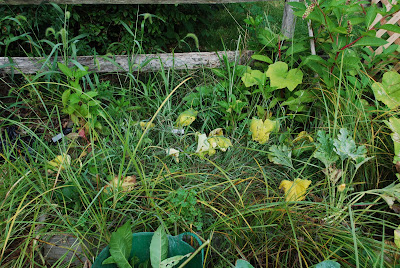 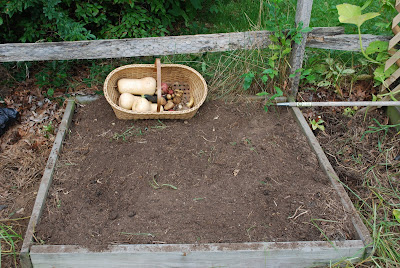 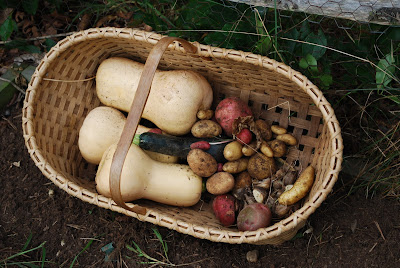 including a basket full of treasures I found in that tangled mess.
Posted by Leslie at 10:23 AM 2 comments:

Chicken of the Woods 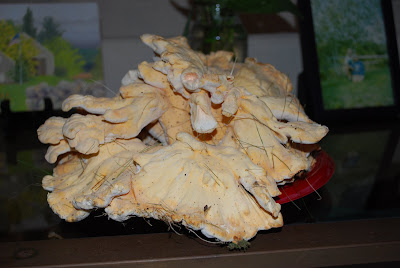 "Look, I have this HUGE Chicken of the Woods. We ate as much as we could for dinner last night, and we're going off island tomorrow, do you want it?"

So I had a big round of it last night. Sauteed it with some shallots and garlic and thyme from the garden. I started using butter ... but it is a thirsty little mushroom, so after half a stick of butter I switched to chicken stock. YUM !!! 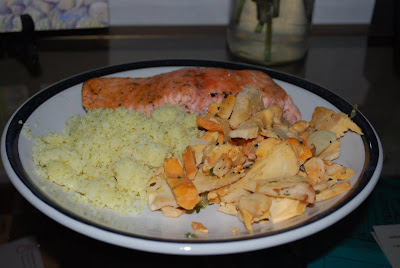 Had I known I would be so lucky, I would not have bought a bag of shitakes yesterday at a roadside stand. So this morning I had fried egg over shitakes with a side of Chicken of the Woods. 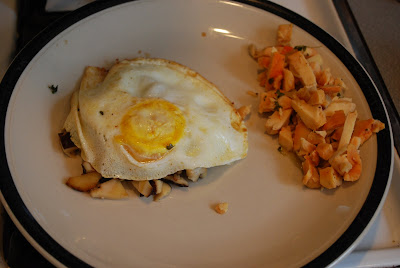 Note: In my original, pre-edited post, I had used the term Hen of the Woods ( Latin name: Grifola frondosa) to describe this mushroom. It is, most likely a Laetiporus cincinnatus often referred to as a chicken of the woods. It is a reminder that mushroom hunting is not to be done lightly or in an uninformed manner. Thanks to comments from Andrea for that reminder.
Posted by Leslie at 10:11 AM 4 comments: 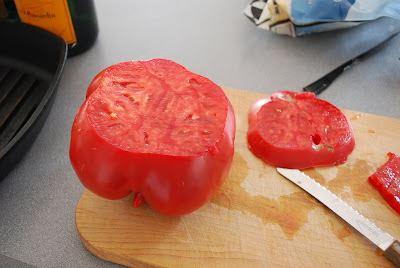 Imagine a tomato big enough and succulent enough to fill an entire tart pan. This was the glorious final act of my blue ribbon tomato. 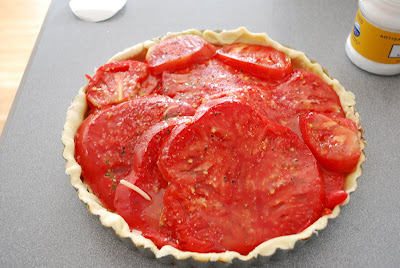 I have take to keeping some bacon in the fridge on the grounds that there is nothing more glorious than the BLT during tomato high season. 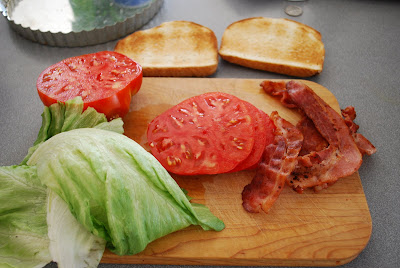